Fotomat employees were called “Fotomates”. Some worked in the booths, others in the processing centers.

Did you work at Fotomat? Send us a pic of you in a booth and we’ll post it here… info@FotomatFans.com 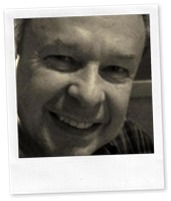 I worked at the Fotomat processing lab in Atlanta back in the 70′s as the film processing tech. I also helped install and get that lab up and running. My only job was to operate the Houston film processors. I processed all film sizes. One of the most nerve racking jobs I’ve ever held. If you had film processed at any Fotomat on the east coast back in the 70′s then I am probably the guy who developed your film. Christmas season was a nightmare with hundreds of thousands of rolls coming in every night. I would not trade those memories for anything. I miss my old pals their… Jim Talbot, Mike Hipkins, Lane Blair, Dave Rieckert, Tammy Teal and many many more.” “I worked at Fotomat in the early 1980’s. I started out at the customer service center in Fountain Valley, CA. We sorted out switched pictures so the correct owners got them. Wish I could find some of my old co-workers. I still have my t-shirt that says ‘Movies now showing at Fotomat’. That is when we first started doing movie rentals. In Beta and VHS. That was part of the building I worked in.” “This was my second job as a high school student. Funniest memory was being threatened by a customer if they didn’t get there pictures by a certain day, they were going to pull the booth down. LOL” “One of my very first jobs was in ‘The Booth.’” “I was an engineer in the TV Development group based on Kearny Mesa in San Diego from ’77 to’83. Our group developed and built the video transfer lab in Fountain Valley, CA and the Drive Through Movie cassette inspection equipment used at each of the labs/inventory centers. The video transfer lab was capable of transferring 200 million feet of 8mm or super 8mm film to video cassette in real time and was a viable business for many years after Fotomat. The late Gene Warren was the manager of our group. Dan Owen managed the transfer lab in those early days.”

“I’m noticing a trend…so many people think of being a Fotomate as being one of the best jobs they ever had.  I agree.  I loved this job!”