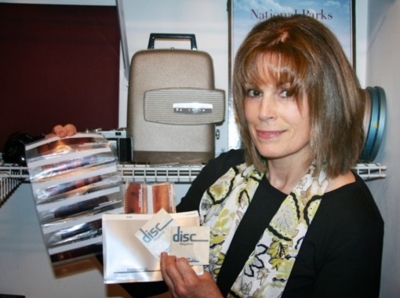 Adventures of a boomer working at Fotomat

If you’re a baby boomer, then you remember Fotomat. It’s like a blast from the past. And Patricia Mavo, a freelance editor now of Boynton Beach, Florida, not only remembers Fotomat, but because as a young woman living on Long Island, New York, she had a Kodak camera and was a photography enthusiast, she worked at their kiosks on Long Island, New York. Which had its ups and downs. Here’s what Patricia remembers about being a “Fotomate!”

Headlights approached and I swung around in my chair and opened the slider window. “I’d like to get these developed,” my customer said, stretching his arm out the driver’s window and dropping 35mm film canisters in my hand. Writing up his order, I watched snow begin to accumulate on his wool coat and on my lime-green Pinto, parked just feet away. My store assignment that night was nearby, unlike another where I had been so far away that I got stranded on the Long Island Expressway trying to outdrive the Blizzard of 1983.

I handed him a receipt and watched as he pulled away and turned out of the strip mall where my workplace had been put up in the outer reaches of the parking lot. My employer was Fotomat, a company known for building colorful kiosks at shopping plazas across the country where individuals could drive up, drop off film for developing, and pick it up without ever having to leave their cars. During the early 1980s, I staffed those kiosks throughout Long Island, New York, and being a “Fotomate” delivered some unusual, and sometimes dangerous, experiences. Patricia Mavo today with mementos of her time working at Fotomat.

There was the occasional ogler who sat in his car and watched me from afar — an activity easy to do when the sun had gone down and my booth was emblazed in light. I also discovered that customers used their cameras for more than capturing memorable events. Questions about nude photos came up frequently, and I was instructed to reply that we could not guarantee processing. Most took the chance, and the look on their faces when they found the photos had been developed could only be described as contained excitement. I could sense that they were wondering if I had seen evidence of their private pornography. Safety was an issue in my isolated workplace. After every evening shift, I cashed out the register, put together a deposit, and took my zippered case full of cash and checks to the nearest bank. It’s a miracle no one robbed me, although one night I came close.

I was assigned to a booth in an isolated area, where the stores closed early. As the sun set and the parking lot grew darker, I grew conspicuously brighter with the help of my flood-lit, windowed kiosk. I sat exposed — a young woman in a booth — and was nervous even before I spotted someone watching me. It was someone in a car, lurking close enough that I could see a shadowy outline. With my heart racing, I locked up the booth and raced out of there, and thankfully the car sped away. The next day I asked to be transferred to the retail storefronts, a far safer option.

It was shortly after that that I hung up my “Fotomate” blue blazer, about the time Fotomat faced competition from one-hour photo services. Eventually, the company that was once so innovative went out of business, but the remnants of a few old Fotomat kiosks can still be found serving as small, drive-up businesses.