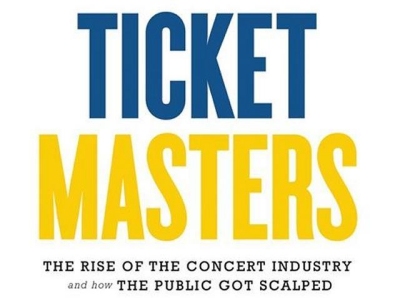 Excerpt from “Ticket Masters: The Rise of the Concert Industry and How the Public Got Scalped”:

IN 1978 THE FOTOMAT CORPORATION, with its collection of nearly 4,000 drive-through kiosks, viewed itself as a natural fit for a ticketing network. Just as customers could drop off film and return a day later to retrieve finished photos without exiting their vehicles, so too, the company theorized, could they purchase tickets with relative ease. Fotomat initiated a series of motion studies to confirm the feasibility of such an endeavor In seeking out industry expertise.

On its face the plan made perfect sense. As outlined in the Fototicket Executive Summary, the virtues included these:

As for revenues, the business model was to emulate Ticketron, with both an inside charge (to the promoter) and a per ticket fee. However, unlike Ticketron, since Fototicket would not be outsourcing outlet sales but rather utilizing its own employees (the fair and friendly “Fotomates”), Fotomat gets to keep more of the service charge. Current market participants have to pay up to 50 percent of the service charge collected from the customer to the company providing the outlet. Operating the outlet is apparently more profitable than operating the system.” The summary then concluded, “From conversations with both the promoters and consumers, we have found that the current charges by Ticketron are considered reasonable for the service offered. Based on this fact, Fotomat can reasonably expect to receive $1.00 for each ticket sold About $0.25 will come from the promoter and about $0.75 from the ticket buyer.” One significant lesson gleaned from the Computicket experience was that Fototicket would not settle for partial ticket inventory but rather would require 100 percent of the allocation to any event.

The system itself would be based on Computicket, providing “the ability to avoid an expensive reinvention of the wheel in getting Fototicket up and running.” Rather than using a mainframe, though, Bellman designed the Fototicket software to run on a Tandem NonStop minicomputer. A beta test was planned for Colorado with a national rollout expected to follow.

However, Roy Bellman and CSC were foiled yet again. This time the culprit was the videocassette. In an era before national chains like Blockbuster, Fotomat hoped to establish itself as the alternative to the mom and pop stores, with customers making video requests to be filled the next day. Bellman’s recollection of the events remains sour: “The president of the company thought they could strike deals with the studios to get first-run movies. He believed they could compete against the movie theaters. So he started taking meetings with the big movie moguls. It was a complete ego trip.” Ego trip or not it consumed company resources as Fotomat began filling warehouses with videocassettes in an all-out (failed) bid to win market dominance. Fototicket lost favor and was discontinued in 1979.